Email, 14 December 17.22: Dear Sophie This item will arrive in to our warehouse tomorrow & will be delivered via Yodel on Wednesday or Thursday. You will receive an email to confirm.Email, 14 December 17.32: Dear SophieI am emailing regarding your order 36600, We are very sorry but have just realised that your postcode is a BT postcode, Unfortunately we do not deliver to your area, we only deliver to the mainland UK and Scotland so on this occasion we have had to cancel the order as we are unable to fulfil it. Many apologies for any inconvenience that this may cause to you.‘Free UK Delivery’ is not an incentive if you live in Northern Ireland. On the contrary, that shiny, flashy website banner and it’s tiny ‘Terms and Conditions’ friends stir a thudding dread in my otherwise retail-happy heart. And now I’m not sure where I live.

But it wasn’t the transport guys we wanted to injure with the scissors. It’s not their fault. Surely the suppliers are responsible as they choose the delivery company?

The supplier who sent the above emails assured me they were reviewing systems so that customers, like me, would no longer 1) pay for their product 2) be given an estimated delivery time, and then 3) be alerted that actually, the whole deal is off.  With a bit of desperate pushing for alternatives (pre ‘where’s my refund’ chat) I was told that I could find my own ‘carrier’, get the address of their depot, organise delivery there, and then pay the carrier directly (the customer services rep thought that might be in the region of £300). As much as I had set my heart on it, for a £70 50cm high bedside table, this seemed a tad extravagant. The other heart-thudders include: 1. The supplier includes Northern Ireland along with the Irish Republic, the Channel Islands, the Isle of Man, the Scottish Highlands and the Northern Isles, among the locations that will require an ‘additional delivery charge’.  In my experience, this charge involves the supplier getting a quote. This can take anywhere between a minute and a week. If you decide to accept the quote you are then left at the mercy of a delivery company. And so begin the stories of cancelled ferries, lorry breakdowns and drivers in need of a break. I am the proud owner of a very well-travelled sofabed: I was made aware of it being in County Wexford in south east Ireland, then it having to return to the mainland, miss several ferries back, and appear in Belfast a week later. I say it’s a sofabed but actually I can’t be sure as it’s still in pieces in the sitting room – the suppliers assured us that the couriers would know how to assemble it but they had absolutely no idea and there were no accompanying instructions. When they asked us to borrow a pair of scissors to cut the packaging off I could see the steam coming from my husband’s ears. But it wasn’t the transport guys we wanted to injure with the scissors. It’s not their fault. Surely the suppliers are responsible as they choose the delivery company? 2.  The supplier equates Northern Ireland with ‘mainland Europe’. This means that on the dropdown menu for delivery options you actually have to choose ‘Mainland Europe’ as your delivery location. It’s not just the fact that the price is quoted in Euro that the number is bigger. It is actually just much more expensive. It’s really awkward when a customer sales representative starts to try and explain why. ‘Well, the thing with Northern Ireland is that it’s….’. At that point I start begin shutting it down and start my daydream of being at the helm of an enormous truck, wheel-spinning away from a ‘mainland’ depot on my odyssey to deliver precious products to the good people of Northern Ireland.  Sometimes it works. (When does John Lewis not work?). And I have never had a problem with smaller packages, or anything ordered from Amazon. But generally I am left feeling like I haven’t been invited to the party. Or worse, like I’m having a party and on the day no one can make it. And  wounded because no one really apologised for not coming either, it was a fait accompli. Like the delicate lines underpinning some relationships with friends, some terms and conditions just don’t get read. You think it will all be ok but actually you should have read the signs. 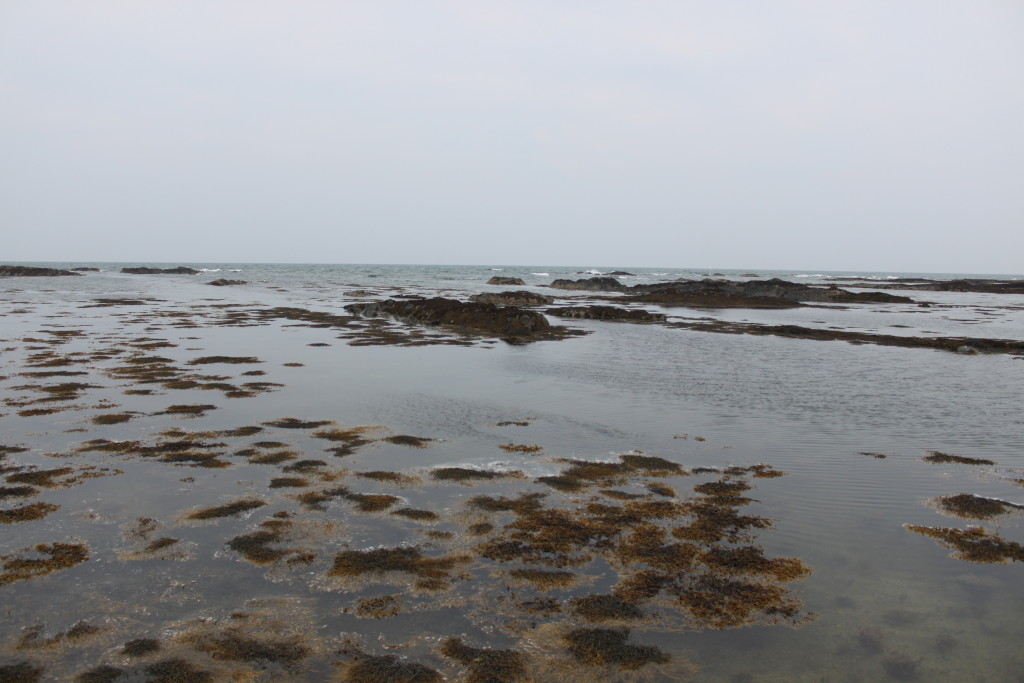 Is the sea itself the problem?

Receiving orders from Northern Ireland-based retailers have been equally disappointing. Particularly those who source their products from overseas. Is the sea itself the problem? As the consumer it’s hard to work out where exactly the problem lies, and thus where to direct your valuable feedback. Staging a protest against a delivery company when you have paid the retailer in advance for that service seems inadequate. (And more often that not you don’t know in advance the courier company you’ll get). And yet the retailers are very good at noting that the delivery companies act ‘independently’. This ‘independence’ presumably means that the retailer proudly promising a two-hour delivery slot might just not be part of the legal transaction. And if it’s the retailer themselves organising the delivery, they just blame their overseas counterparts. I don’t really know how delivery companies work. I don’t particularly want to know. I imagine that it’s pretty tough for the drivers, who may be self-employed, working to targets, and miserable at the prospect of constructing a piece of furniture in Northern Ireland with neither scissors nor instructions. What Amazon is to books, what Air bnb is to hotels, what Netflix is to TV – I really hope there is a sizzling entrepreneur out there who can do the same for delivery. If there is, please please include Northern Ireland. Uber has just arrived in town. There is hope.